Just a note to keep you up to date on what’s happening in your child’s Wonder group this year. We’ve completed the stories about Jesus’ birth and early years and are about to begin a series of stories about Jesus’ amazing power that will include Jesus calming the storm, healing a young girl, turning water into wine, feeding four thousand people, and healing a man who can’t see.

Our new Memory Challenge is Psalm 23:1-3. (Be sure your child hangs on to the new Memory Challenge poster—the next unit’s poster will go with it to form one large poster of the entire psalm.) To help us write the words of this psalm on your child’s heart, we’ll be singing them together! If you’d like to learn the song “Green Pastures” and sing it at home, you may purchase a copy of the DwellSongs 1 CD or download the song on the Leader Support page of DwellCurriculum.org.

Please pray with me that the Holy Spirit will use Dwell, along with our own leading (yours and mine) and our own examples of faith to guide your child, and each child in our group, into a life of faith. 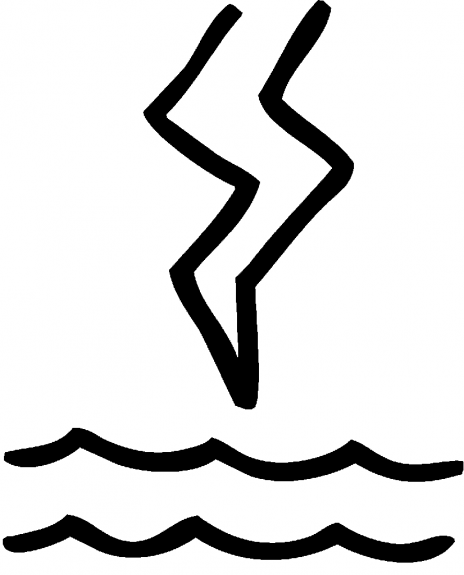 In unit 3 we will focus on some of the miracles that show Jesus' power over the forces of nature in the world and in human lives. These miracles are not meant merely to show Jesus' superhuman power. They are meant to tell us something about Jesus and about the kingdom of God that Jesus is announcing.

They show that the ordinary human being called Jesus is also the Son of God who can show God's power in the world. They demonstrate the kingdom of God that Jesus will usher in---when sickness and death will be destroyed and the powers of evil brought under control.

The Bible story for today displays all of these aspects of Jesus' miracles. Here we have an ordinary human being who is tired and falls asleep in the boat. Here we have the Son of God who has power over the wind and the waves. Here we have a picture of how God's kingdom will bring under control all the powers that are against us.

Imagine the scene: Tired and weary after a long day of teaching and healing, Jesus falls asleep on some cushions in the stern of the boat. Suddenly a violent storm whips up over the lake. This is not uncommon on Galilee, and because it's a relatively small body of water with smaller boats that could easily capsize, it could be even more chaotic.

The disciples, scared out of their wits with the waves crashing over the boat, wake Jesus up. They don't just wake him, they scold him. To them Jesus seems indifferent to the dangers they face, and their panic turns into accusation.

Awakened from his sleep, Jesus stands and orders the wind and the waves to be still. Literally, it's more like a rebuke: "Shut up!" It's as if Jesus were talking to a wild horse or a frenzied dog. His words display both power and authority, and the forces of nature obey Jesus' calm command. Immediately all is calm.

It's almost humorous, then, to see Jesus, having awakened and ordered the wind and the waves into a state of calm, turn to his frightened disciples and upbraid them for their lack of faith.

Over the centuries this story has acquired deep meaning for many believers. The picture of a storm-tossed boat with the cross for a mast became an early Christian symbol for the church (and in our time was adopted by the World Council of Churches). This image expresses the great comfort we have as those who are in the boat with Jesus on the stormy sea of life.

Welcome the kids with a warm smile. Tell them how happy you are to see them today—in fact, so happy that it makes you feel bright red or orange—or whatever color seems appropriate for a happy feeling to you!

Gather everyone together and ask kids to think about their week. Ask,